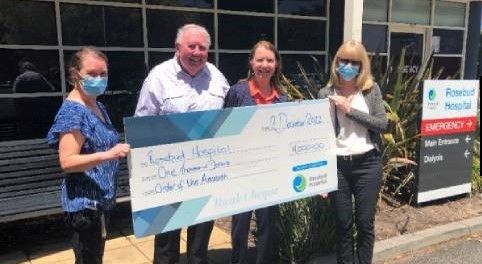 Cheques for $750 from Endeavour Court and $250 from Royal Victoria Court totaling $1,000 were presented to Jacqui Allen, Director of Operations/Director of Nursing at the Rosebud Hospital on 2ndDecember 2022 on behalf of the Order of the Amaranth. Most of us if not all are aware of The Installation of Officers and the coronation of our Royal Matron  H.L. Carona Win was a colourful and grand occasion with a number of Orders in attendance . We were pleased to welcome Theresa Waldron Deputy Grand Master of Manchester Unity IOOF in Victoria along with a number of members